Inspired by the world around me, I am sent out to capture moments in time, that I hope can find another's soul, the way it has captured mine! Karol Livote

Previous Next View All 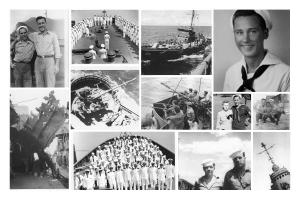 It is really starting to heat up here in the Northeast, just in time for the BBQ's that are going on during this very important weekend. A weekend that sometimes we take for granted. I just want to take this time to give my sincere thanks to all the men and women who fight for this country, who fight for my freedom, my independance and my life! There are so many that have given their lives for the American people and myself. I say thank you!

In honor of a weekend that meant so much to my father, I am posting his image. My father was a Pearl Harbor Survivor stationed on the USS San Fransisco. My oldest brother who followed his footsteps, was also a Navy man who was stationed on the USS Enterprise during Vietnam.

My father had such great pride of all military men and women. Today he rests along side of them and today I honor him and all military. Love you Dad, until we meet again!

Please take the time this weekend to stop & think about those who serve this country for us! Thank you!